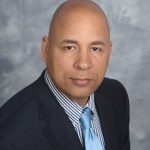 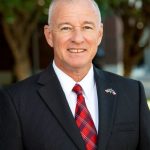 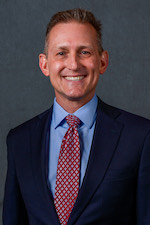 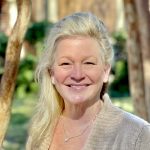 Bettye Sims Heath is a graduate of the University of Texas in Arlington.  She received her Masters Degree in 2016 from Southern Methodist University in the Liberal Studies Department with a concentration in Human Rights and Social Justice. She completed the program with a thesis on Holocaust Education in America. In 2016, she began the Doctoral of Liberal Studies program and graduated in 2021. It was through one of her professors at SMU that she became part of the Dallas FBI Citizens Academy - Class of 2018.

She grew up in Houston, Texas during a time of great racial tension. As a child, she clearly remembers the unease she felt at the mixed-messaging she observed and did not understand the intolerance of others that she witnessed. Those feelings followed her throughout her life. The DLS program at SMU gave her an outlet to put her feelings into action.  As a Board member of the Dallas FBI Citizens Academy Alumni Association, she hopes to continue to work towards a better understanding of the importance of basic human rights for all within our society.

She wrote her dissertation on the role of scientific racism in the Jim Crow South and its continuing influence on American society. She is a Docent Educator at the Dallas Holocaust and Human Rights Museum where she has the privilege to teach the history of the Holocaust and the importance of human rights both past and present. She believes it is vitally important to not only understand the history of prejudice but also the justifications of the perpetrators for such injustices. It is her goal to spread the message that there is no such thing as a lesser person to all those willing to listen. 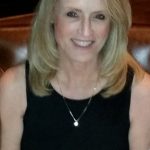 Page has over 25 years of experience launching, establishing, and managing medical practices and medically-related businesses. Having started three businesses of her own, and being the COO of another, her focus has always been on corporate growth and continual improvement for both start-ups and established businesses. She is actively involved with many non-profits and community organizations, including serving on boards and in leadership positions. Page obtained her Bachelor’s Degree, in Journalism, from Texas A&M University, and her Master’s Degree, in Health Care Administration, from Texas Woman’s University. 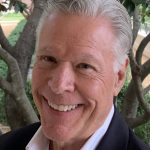 Grew up in Mesquite, TX, graduated North Mesquite High School in 1972 (Second graduating class of the new high school).  He attended Texas A&M Univ. Commerce (formally East Texas State Univ.) BBA (Bachelors Business Administration) August 1976.  Served on ETSU Foundation Board from 1988 to 1996, and rejoined that board in April 2016, and currently serving on Executive Committee as a Vice Chair of Members At Large, formerly served as Vice Chair of Scholarship.  First Gold Blazer Award recipient in 1984, at the time it was an Outstanding Young Alumni Honor. I recently spoke to the Economics and Finance Club.

He was in the Securities Industry for 35 years and retired from Green Street Advisors, Managing Director of Trading in 2011.  His professional organization affiliations are Dallas Security Trades Association (Board member) and National Security Traders Association.

He volunteers at several organizations.  Dallas Marathon (formally White Rock Marathon) served on the Running Committee for 7 years and was in charge of Charity Running Clubs and Charity Village during post-race activities. As a docent at the George W. Bush Library and Museum – Past Team Leader, and I have been at the library for over 9 years.  Junior Achievement – taught classes in Richardson ISD, mostly at schools in the Lake Highlands area.  Exchange Club of Lake Highlands – Two term member of Board of Directors, member for 11 years.   World Affairs Council – High School and College speaker on business, investments and Wall Street.  Serve on a Citizens Advisory Board for Texas State Representative Jason Villalba. Sheriff’s Posse of Franklin County – member from 2019 to 2021, active on several committees.