On Nov 10, 2016 the Dallas FBI CAAA teamed up with the Dallas FBI office and the Dallas DEA office to host a viewing of, Chasing the Dragon. Other co-sponsors of this event were Cinemark Theatres, D & L Protective Services and Freeman Corporation. There were approximately 125 who attended the event. The pictures below are of the event. We especially want to thank Cinemark for being such a great organization to work with on this great project. Stay tuned for more Chasing the Dragon events in 2017.

Chasing the Dragon - The Life Of An Opiate Addict
The opioid and prescription drug abuse epidemic that is sweeping the country is a problem unlike anything we have seen before. This documentary was created to help people develop a greater understanding of this crisis and to create a deeper appreciation about the dangers of opioid addiction. The goal is to reach people before an addiction can set in. The FBI and the DEA have worked with educators to create this documentary and a study guide to help stimulate thoughtful and honest dialogue about this issue.

The film content has been provided by actual people who abused opiates or whose children abused opiates. They selflessly shared their unfiltered, impassioned, unscripted and painful accounts to try to stop other people from taking drugs and destroying lives. “Chasing the Dragon” is a documentary exposing the truth behind the opiate epidemic that is devastating communities across the country. FBI Special Agents proposed this film after recognizing that a significant lack of public understanding is a key stumbling block that inhibits law enforcement from making progress with drug control.

The goal in showing the film goes beyond raising awareness. It is intended to help people understand the depths of the critical components of opiate addiction – how easily it can begin, the heinous downward cycle that ensues, followed by the tragic consequences. 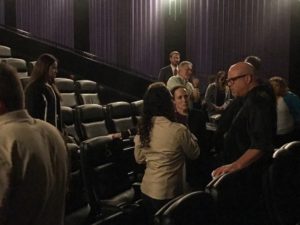